My favorite of our three stops was the city of Ketchikan. Small enough to be quaint, but big enough to have a few things to do, it was a great place to spend the day. We chose to see a lumberjack show as we thought the kids would get a kick out of that, and they absolutely did. It was so cool to see them showing their strength and doing typical Alaskan things like using a chainsaw and climbing poles. I had no idea, before going to Alaska, how much of an Alaska culture there is. 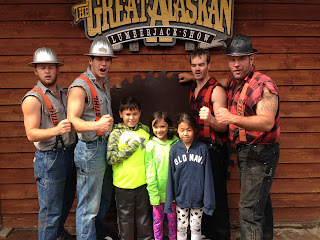 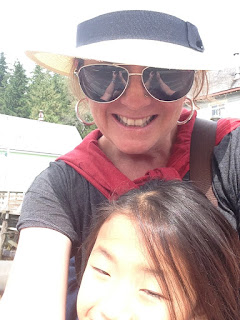 We then walked around Creek Street and looked at all the beautiful rocks and geodes and such for sale. Sojo loves any sort of gem, so she bought an agate that later became her good luck charm for the first day of school in Saudi. 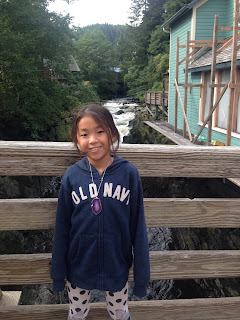 The best part of Ketchikan for me does not have a photo to go with it, and that was when we saw a black bear in a stream eating a salmon. This was on my Alaskan bucket list (that and Northern Lights, but this isn't the area for that), and we took a trolley tour out to an area known for bears. The salmon were on their run, and so they were everywhere. To our delight, we watched not one but TWO black bears catching salmon, and it was just as cool as I thought it would be. 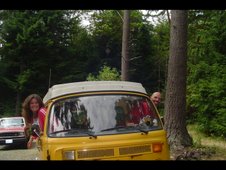 Tara and Dale
2 wandering teachers + one sweet kid traveling the world and planting the seeds of global living and thinking.